This summer we are featuring blog posts about the intertidal zone and what we’re finding during our surveys. This week, we’re diving into the creatures that call these tidal areas home and highlighting how our research is helping us better understand the biodiversity of this unique ecosystem. These surveys are also used to help us monitor and track emerging issues such as the after-effects of the major sea star wasting epidemic.

When people think of the Oregon Coast, most imagine long stretches of sandy beach. But, in reality, nearly half of Oregon’s coastline is rocky. These rocky regions have diverse ecological communities. 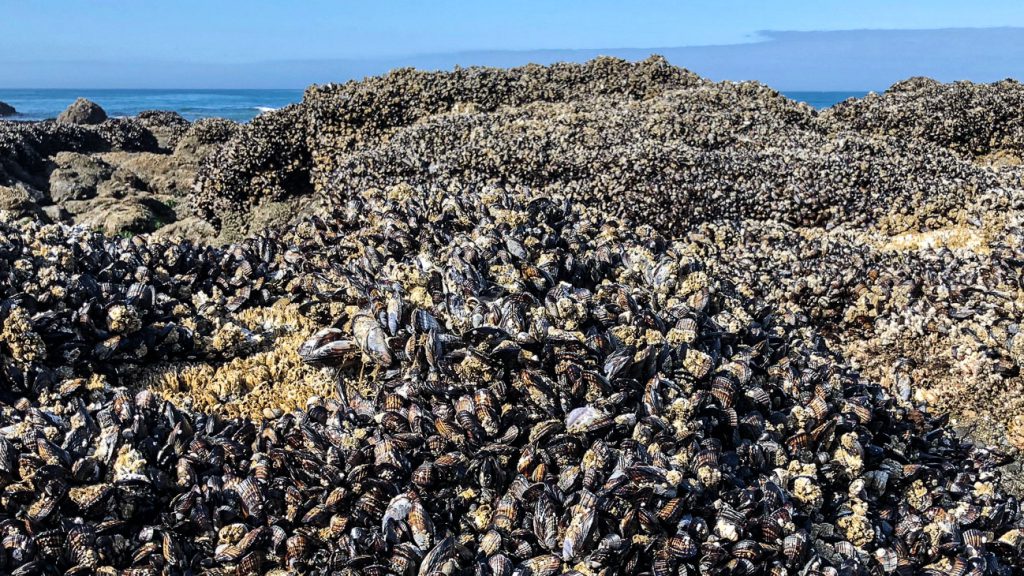 Photo: Mussels create structure and habitat for other species.

Our thriving intertidal ecosystem not only supports the resident species but also species from the nearshore environment. When the tide rises and submerges the area, some fish swim to the intertidal zone to feast on the organisms that live there. Intertidal zones have a multitude of other benefits including functioning as a nursery for juvenile fish species such as black rockfish, providing a food source for humans (e.g. mussels and algae), and housing a highly productive ecosystem containing many unique species. Oregon’s intertidal zone hosts 116 species of invertebrates, 71 species of algae, and 3 species of seagrass. Of these 20 are commonly and easily seen. 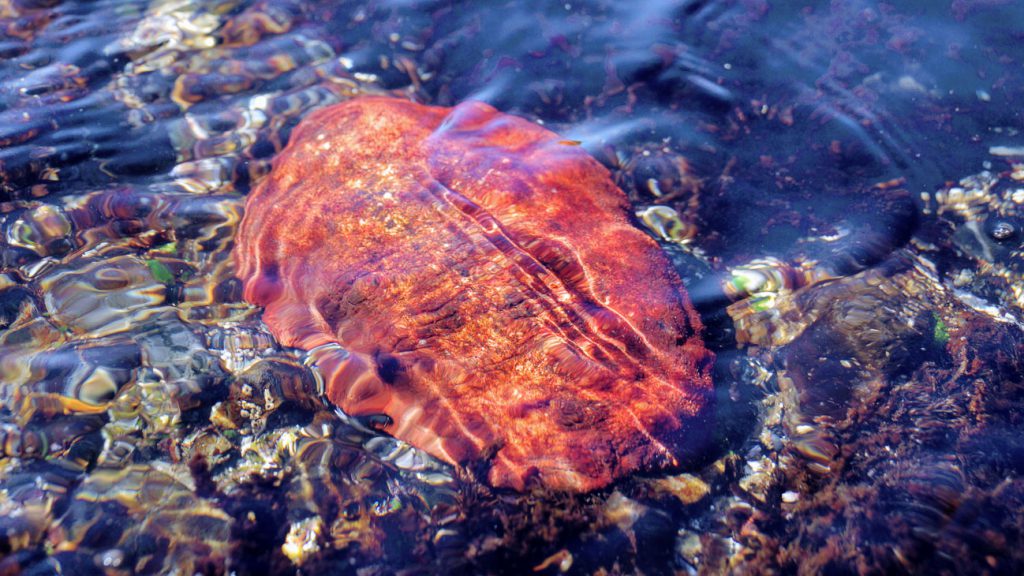 Photo: Gumboot Chiton: one of the unique animals found in the intertidal zone.

Intertidal areas have recently been hit with a major epidemic, sea star wasting disease, greatly reducing sea star numbers. Our sea star monitoring examines this disease’s effect on sea stars in two of our marine reserves (Otter Rock and Cascade Head) and their recovery from it. Healthy intertidal areas are important because humans greatly rely on several ecological functions provided by this ecosystem such as high productivity supporting fish that humans consume. This means it is important for us to not only monitor the health of sea stars but also biodiversity of the entire ecosystem. 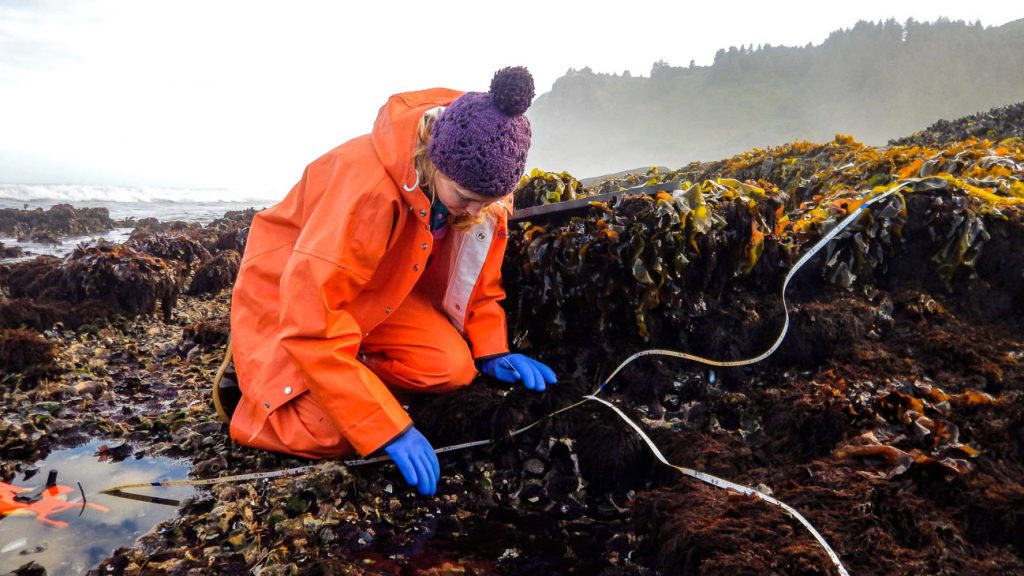 ODFW and partnered groups monitor the intertidal zones in Oregon’s Marine Reserves using three types of monitoring, each to answer a different question. Sea star wasting disease surveys monitor the prevalence of the disease by species and size class. Healthy and abundant sea stars are important due to sea stars’ role in the community as a keystone species. Did you know that sea stars act as the great white predator of the intertidal zone? The second type of survey monitors the impacts to the local intertidal community from the decline of sea stars. This survey work supports new research by OSU post-doctoral scholar Dr. Sarah Gravem, into mussel bed community changes related to sea star wasting disease. Lastly, biodiversity monitoring is conducted by UCSC collaborators as part of the Multi-Agency Rocky Intertidal Network (MARINe). This examines species biodiversity over a long time scale to including analysis of species’ percent cover and density.