Marine reserve implementation depends on enforcement and education, otherwise these are simply “paper parks,” with lines on a map. In Oregon, compliance rates tend to be relatively high among the reserve sites. This is due to a combination of factors, including the voluntary willingness of fishers to comply with the rules, along with education and outreach campaigns by the Oregon State Police (OSP), Department of Fish and Wildlife (ODFW) and State Parks (OPRD).

Enforcement of Oregon’s marine reserves is spearheaded by OSP’s Marine Fisheries Team, headed up by Sergeant Todd Thompson. ODFW, OPRD and OSP jointly work with communities on outreach and education efforts to help sport and commercial fishers and other recreational users understand the rules. 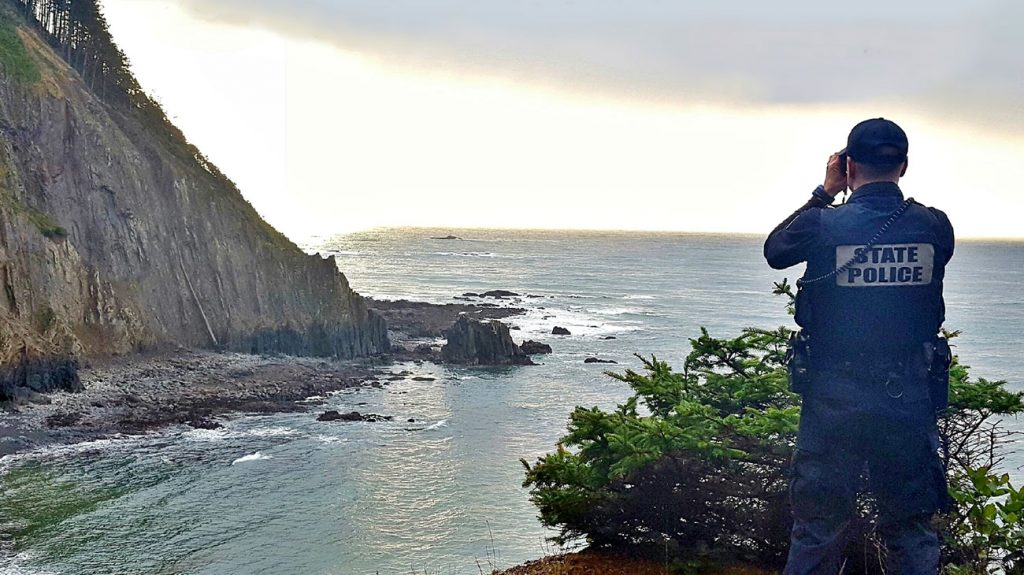 “For the most part, compliance has been pretty good. Overall, there haven’t been that many citations,” said Sergeant Todd Thompson. “A lot of the success is because of outreach. That’s a big factor. If people know the rules, then that goes a long ways for compliance.” There is no one-size-fits-all for regulatory education. For Oregon’s marine reserves, there have been a number of techniques that have been useful. Here are a few of them. 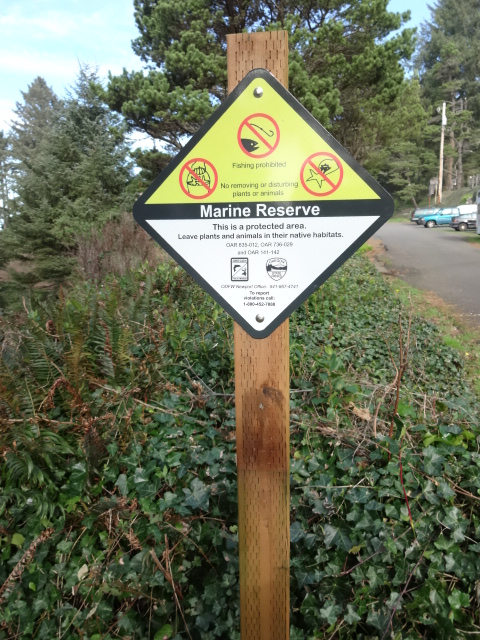 Sometimes violations occur because people don’t fully understand the rules. Signs, regulatory maps and outreach events are a few mechanisms to convey regulatory information to sport anglers, commercial fishers, and to communities. ODFW, OSP, and OPRD have worked with local communities over the last two years to install signs at high-traffic, beach and boat access points for the five marine reserve sites. This is a relatively low-cost education effort that provides people with pertinent rules at common access points.

For sport anglers marine reserves coordinates, maps and summary rules can be found in the ODFW Sport Regulation book. Similar information for commercial fishermen can be found in ODFW’s annual Commercial Fishing Synopsis. In addition, outreach events and enforcement meetings offer opportunities to chat with enforcement officers and ODFW staff. A series of enforcement meetings about marine reserves rules are coming up. Then next one will be at the Land-Sea Sym
posium in Yachats on November 17th, 5:30PM at the Yachats Commons. 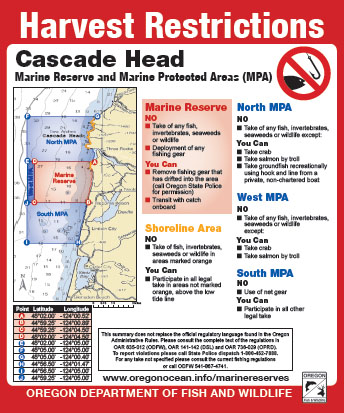 Sometimes violations occur because people don’t know the exact boundaries of the marine reserve. To address this, there have been several campaigns geared at both sport and commercial fishers. For example, the waters in and around many of the marine reserves are prime crabbing grounds. To help minimize violations ODFW, OSP, the Oregon Fishermen’s Cable Committee, and fishermen worked together to develop a way for fishers to easily obtain and use the reserve boundary coordinates. Starting in 2013, jump drives containing boundary coordinates of sites were developed and handed out to boat captains by OSP and ODFW staff during crab hold inspections prior to the start of the commercial Dungeness crab season. The captains were then able to download the coordinates onto their navigation systems. Downloadable coordinates for Garmin GPS units and commercial navigation systems (Maptech, Rose Point, Nobeltec, Odyssey, OLEX, P-Sea WindPlot) are now also available on the state’s Oregon Marine Reserves website: oregonmarinereserves.com/rules.

We’ve made the state’s Oregon Marine Reserves website a centralized location for people to obtain marine reserve boundary coordinates, rules, and maps. These are available at oregonmarinereserves.com/rules. Materials can also be obtained by contacting the ODFW Newport office at (541) 867-4741. 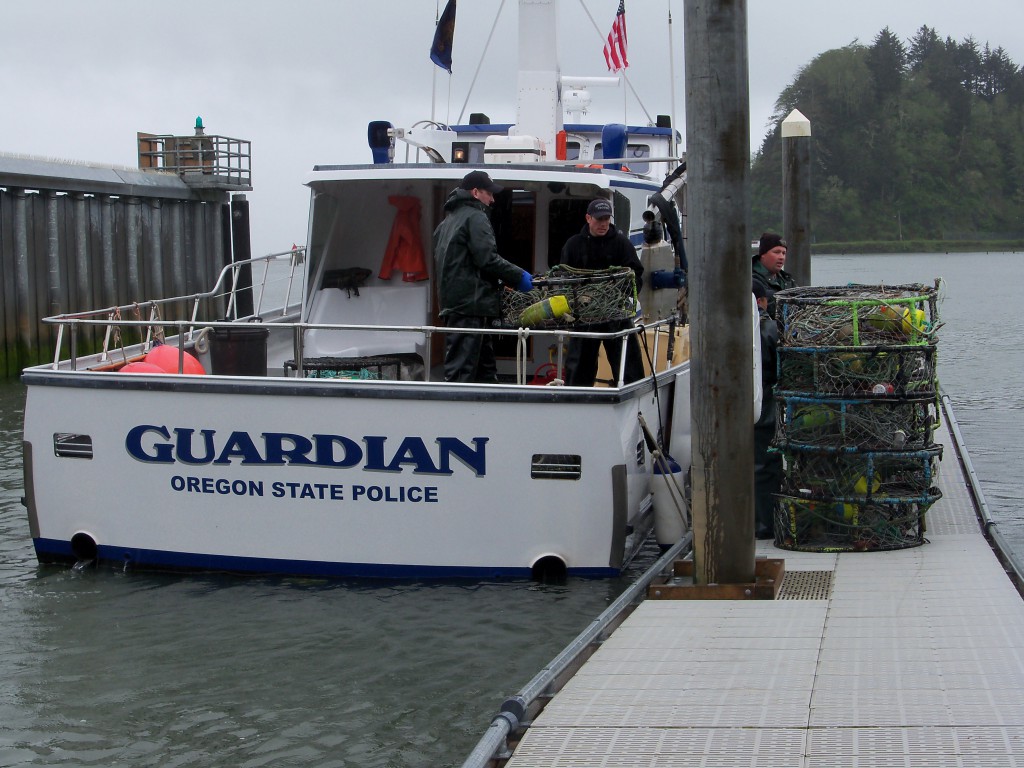 While all of these tools help keep compliance rates high, there are challenges to enforcing Oregon’s marine reserves, including the remoteness of some of the sites. For instance the Cape Falcon and Cape Perpetua sites can take over an hour to reach by boat from the closest boat launch. And during certain times of the year, rough bar conditions make it challenging, if not impossible, for OSP enforcement boats to be out on the water. For this reason, surveillance of sites is also conducted from land and by air. OSP conducts periodic surveillance trips with the U.S. Coast Guard by helicopter. Recently, OSP started testing out a livestream surveillance camera at Cascade Head Marine Reserve to evaluate their ability to help with in enforcement.

How Can People Help?

If you have questions or concerns about activities at any of Oregon’s marine reserves, you can contact the OSP tip-line at 1-800-452-7888. Keep in mind, sometimes it is difficult to gage the boundaries from shore.

“There can be a bit of optical illusion at some of the reserves,” said Sergeant Thompson. “Distance and location, looking from shore to sea is tough.” He suggests using visual aids to help.