Being that this is an El Nino year, we are very interested to see what juvenile fish might recruit to our nearshore waters. In April our SMURF sampling gear, used for collecting juvenile fish, was deployed at the Otter Rock and Redfish Rocks sites with the help of Oregon State University and the Oregon Coast Aquarium. The first round of sampling yielded nearshore rockfishes, as well as cabezon, kelp greenling and even one Boccaccio. Boccaccio occasionally occur in Oregon, but are fairly rare.  This month, the team is finishing up the spring hook-and-line surveys at Cascade Head and Cape Perpetua. 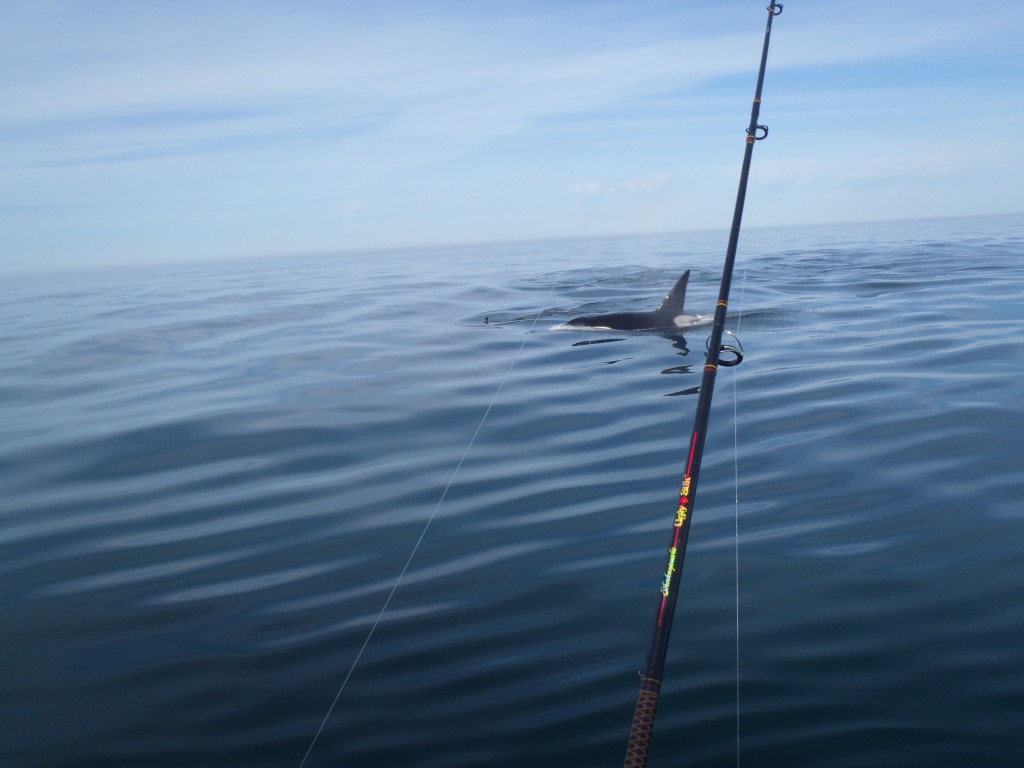 Dr. Brittany Huntington recently gave a lecture to the marine biology students at the Oregon Institute of Marine Biology (OIMB). The team also gave a joint talk with Jeff Miles, a local commercial fisherman, at this month’s Redfish Rocks Community Team meeting. The focus of the talk was on a pilot study comparing hook-and-line and longline surveys.  Plus, the team had orca whales visit during hook and line surveys at Cascade Head – check out the pictures!

In April, Dr. Tommy Swearingen gave several presentations on human dimensions research and the work being conducted for Oregon’s marine reserves to students at the University of Washington, at OIMB, and undergraduate students who were recently visiting the Hatfield Marine Science Center.

On May 12th Tommy will be presenting human dimensions research work to the Lower Nehalem Watershed Council in Manzanita.  In mid-June, there will be two Oregon Sea Grant Summer Scholars joining the human dimensions team to conduct interviews on fishing effort shift and to assist with visitor intercept survey work.