At first glance, scientists and fishermen might seem to make strange partners. However, upon a second look you begin to see common interests and how this union offers unique opportunities to better study the ocean. Many of Oregon’s commercial fishermen have an in depth local knowledge of the nearshore ocean as well as expertise in operating vessels, different gear types, and even in building their own equipment. Sharing this information and expertise can help improve the scientific research on the marine resources they depend upon.

Talking and listening to commercial fishermen is what led the ODFW Marine Reserves Program to initiate a pilot longline study this year. We partnered with Jeff Miles, a local fisherman out of Port Orford, Oregon to conduct the study. Jeff is the one who proposed we use longline gear as part of our monitoring, to better reflect the fish species commercially caught within (prior to closure) and around the Redfish Rocks Marine Reserve. He helped with the study design, gear modifications, and sampling for the project. 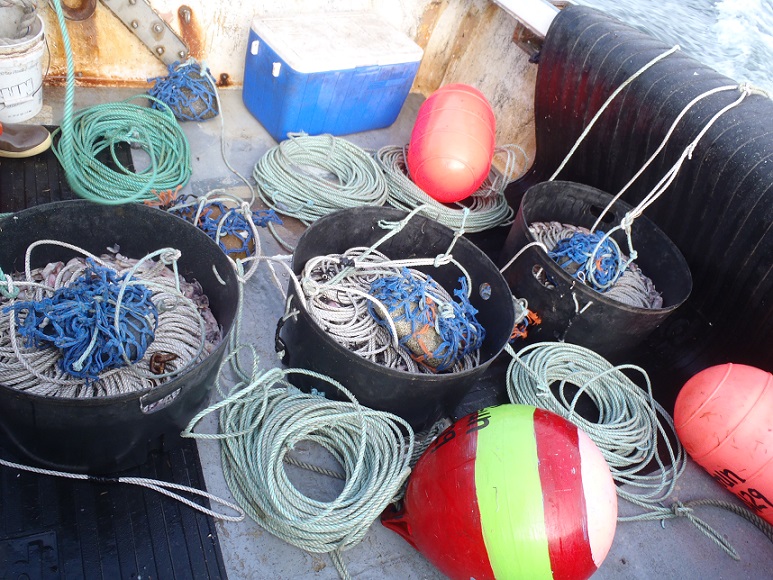 Longline fishing is a common commercial fishing practice in the area around the Redfish Rocks Marine Reserve. This technique uses a long line (hence, the gear’s name) with baited hooks attached. The line is dropped overboard and sits at the bottom of the ocean—specifically targeting the species that are difficult to catch with hook-and-line gear, but highly valued in the local “live fish” fishery based in Port Orford.

So, why do we want the data to reflect local commercially caught species?

Fish caught via longline comprise approximately one third of the total catch that comes into the nearby port of Port Orford. In order to track long-term changes from a fishing closure (i.e. a marine reserve), it’s important that we are sampling species that are commercially targeted in the region. Our team has been conducting hook-and-line surveys for five years at the Redfish Rocks Marine Reserve. The catch from hook-and-line efforts—both by the ODFW’s Marine Reserves Program and by the local commercial fishery—are dominated by Black Rockfish, Kelp Greenling and Lingcod. In contrast, bottom-dwelling species such as Cabezon and Quillback, Copper and China Rockfish species are better caught via longline.

With the help of Jeff and his crew, we’ve now completed the pilot study comparing hook-and-line and longline survey techniques. Our team has compared this information to what has been previously commercially caught in the area, to make sure we are gathering data on all species that might show changes over time.

This study highlights the importance of tailoring ecological monitoring in marine reserves to the commercial fishing activity in the area in order to capture the diversity of fish species and the long-term changes they may exhibit. Our team will continue to explore ways to supplement marine reserve monitoring efforts and tailor the monitoring to the unique attributes at each of Oregon’s five marine reserve sites.

This effort also underscores the importance of collaborative research between scientists and fishermen—both have valuable knowledge to contribute about study designs, fish, fisheries and Oregon’s bountiful nearshore waters. Together they can make a powerful team for better understanding our dynamic nearshore ocean ecosystem.