Though ODFW Marine Reserves Program’s spring hook-and-line surveys were cancelled, our ecological team has been busy analyzing data from previous sampling years. These graphs summarize the average biomass of fish throughout the years of sampling at Cascade Head and Cape Perpetua, which were established as marine reserves in 2014. The numbers on the graph show us the average weight of fish caught per person per hour spent fishing (biomass). 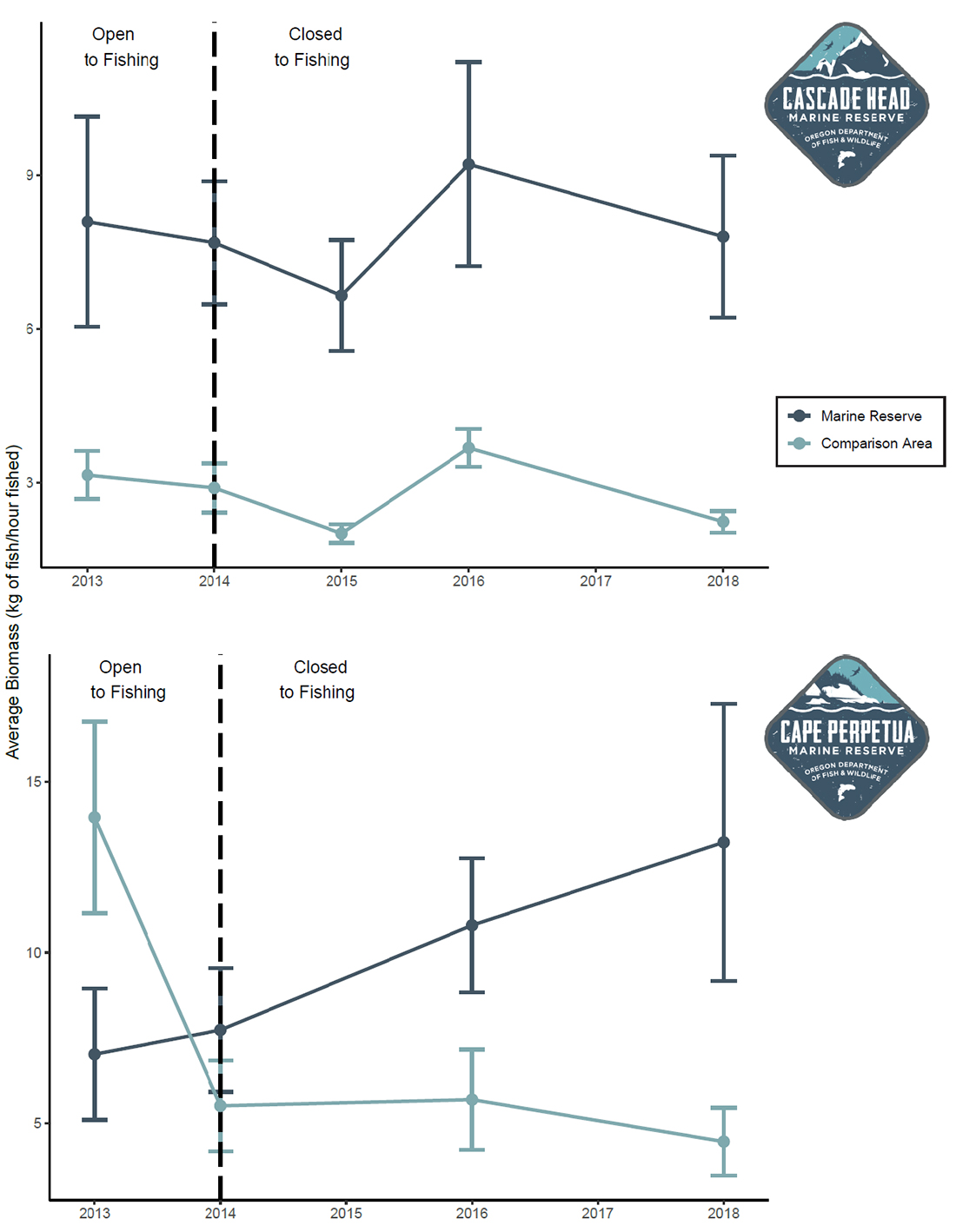 An increase in biomass over time may be one of the first indicators of a marine reserve effect, a change seen because of the cessation of fishing.

At both the Cascade Head and Cape Perpetua marine reserves, we see that biomass has varied from year to year. The bars around each data point show the variation in biomass caught within a given year of sampling; larger bars mean there was more variation.

Each of Oregon’s marine reserves is unique. For instance Cascade Head includes an extensive rocky reef, is in a major upwelling center, receives freshwater input from the Salmon River, and experienced high fishing pressure on groundfish prior to closure. Cape Perpetua is dominated by sand and gravel habitats; features a deep, patchy, isolated rocky reef; is known to experience episodes of hypoxia (low oxygen) and acidification (low pH); and experienced moderate fishing pressure on groundfish and high fishing pressure on crab prior to closure. These unique characteristics mean we expect to see different ecological changes and conservation outcomes between these sites over time.

We are continuing to explore if the variations seen here in fish biomass are linked to differences in habitat, community composition or ocean conditions. Continued long-term monitoring will help us understand trends in biomass over time and separate out those caused by natural ocean changes – such as those related to oceanographic conditions – from marine reserve effects.