Urchins Before and After Sea Star Wasting Disease

Even though the ODFW Marine Reserves Program’s spring fieldwork has been postponed, we’ve been hard at work analyzing data. We are currently exploring the subtidal impacts of sea star wasting disease (SSW) using the data collected in our SCUBA surveys.

Sea stars are one of the dominant predators on rocky reefs, and are known to keep urchin populations (their prey) in check. Our diver surveys show that red and purple urchin densities have not responded the same across our marine reserves after the outbreak of SSW disease in 2015 (dashed line on figures). 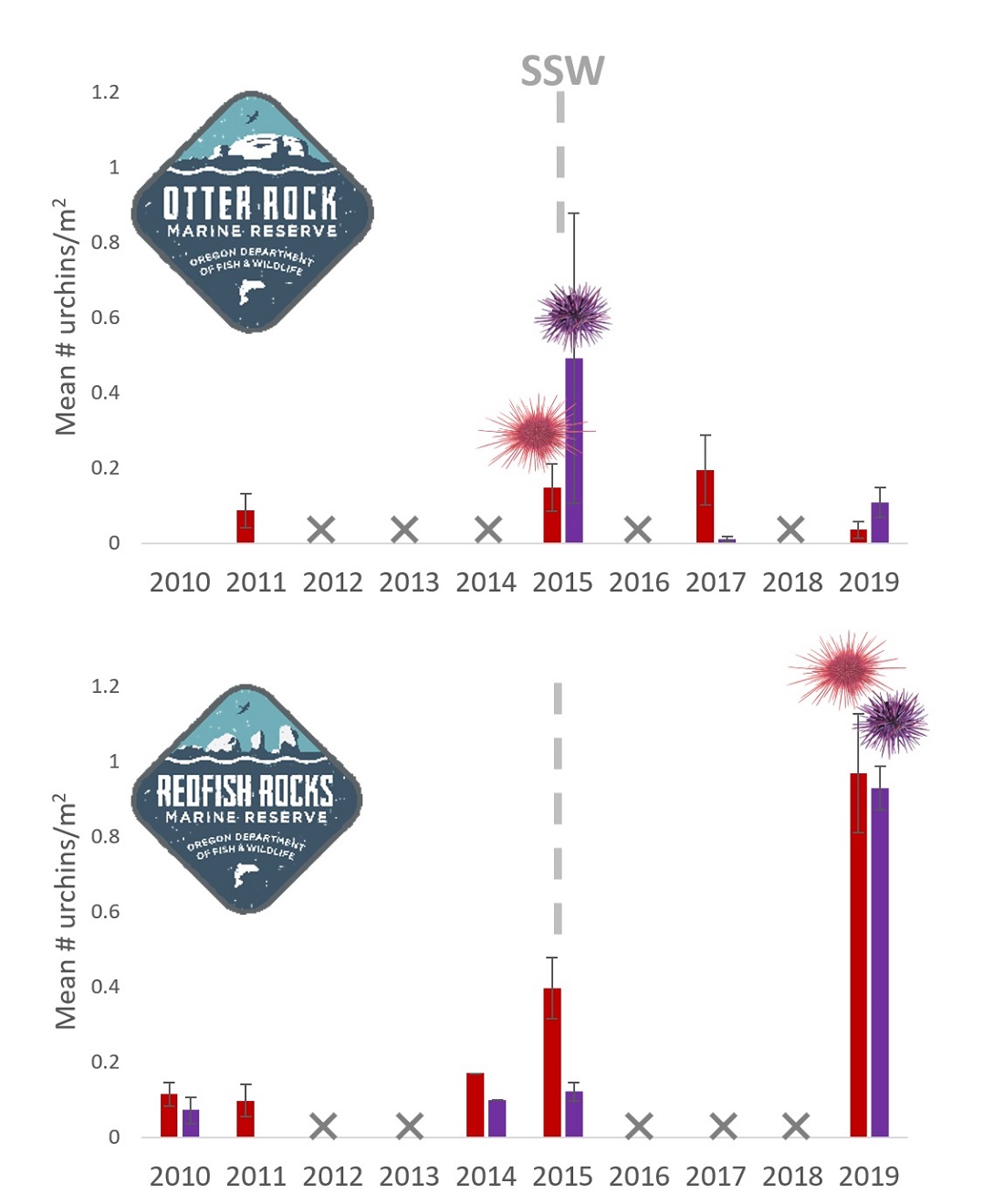 Note: Not all reserves were surveyed in all years; “x” indicates SCUBA surveys were not conducted that year.

Urchin densities have significantly increased at Redfish Rocks Marine Reserve but not at Otter Rock Marine Reserve since the onset of SSW disease in Oregon. We are currently working to explore if these responses are linked to differences in habitat, community composition, or ocean conditions.