While the Black Oystercatcher has a conspicuous presence on our coast, little demographic information has been collected on this seabird in recent years. Starting in 2015, Portland Audubon and partners coordinated a statewide survey to obtain an updated population estimate and learn more about their distribution at Oregon’s marine reserve sites and along the Oregon coast. This study relied on community scientists, members of the public that have been instrumental in monitoring these birds in the summertime.

“We’re fortunate to have volunteers and partners able to help with data collection,” said Shawn Stephensen, U.S. Fish and Wildlife Service biologist and partner on the project. 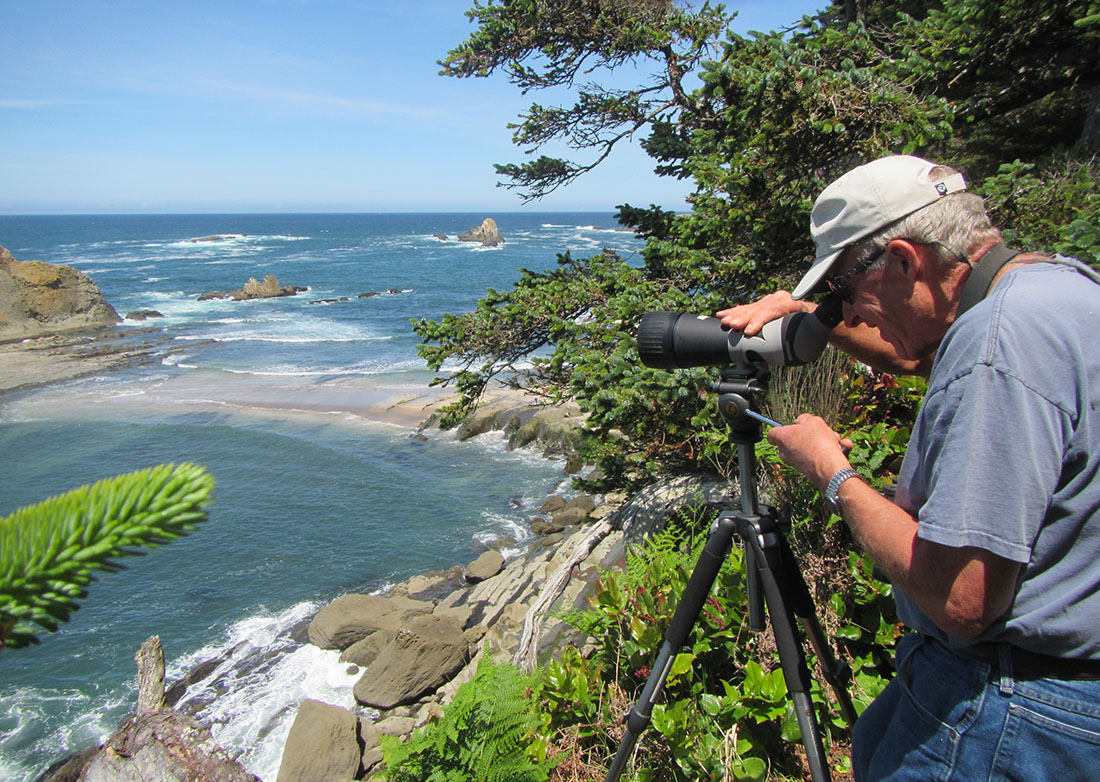 Karen said observing and collecting data on Black Oystercatchers at the Otter Rock Marine Reserve and Gull Rock, “has been and continues to be the most exciting community science project of my retirement. Each year refines my knowledge and increases my understanding of this keystone species. My daily monitoring excursions during the summer months provides me joy, excitement, awe and wonder that is alone the providence of nature.”

Karen also noted, “It combines my love of the ocean and science. And, having farmed sheep and lambs there are any number of parenting parallels to be observed between the two species.”

Findings from this study have recently been published in Northwest Naturalist. The study estimates the current population in Oregon to be approximately 500-600 birds, and the breeding population to be small but stable. In addition, the study found Black Oystercatchers are most prevalent on the south coast. 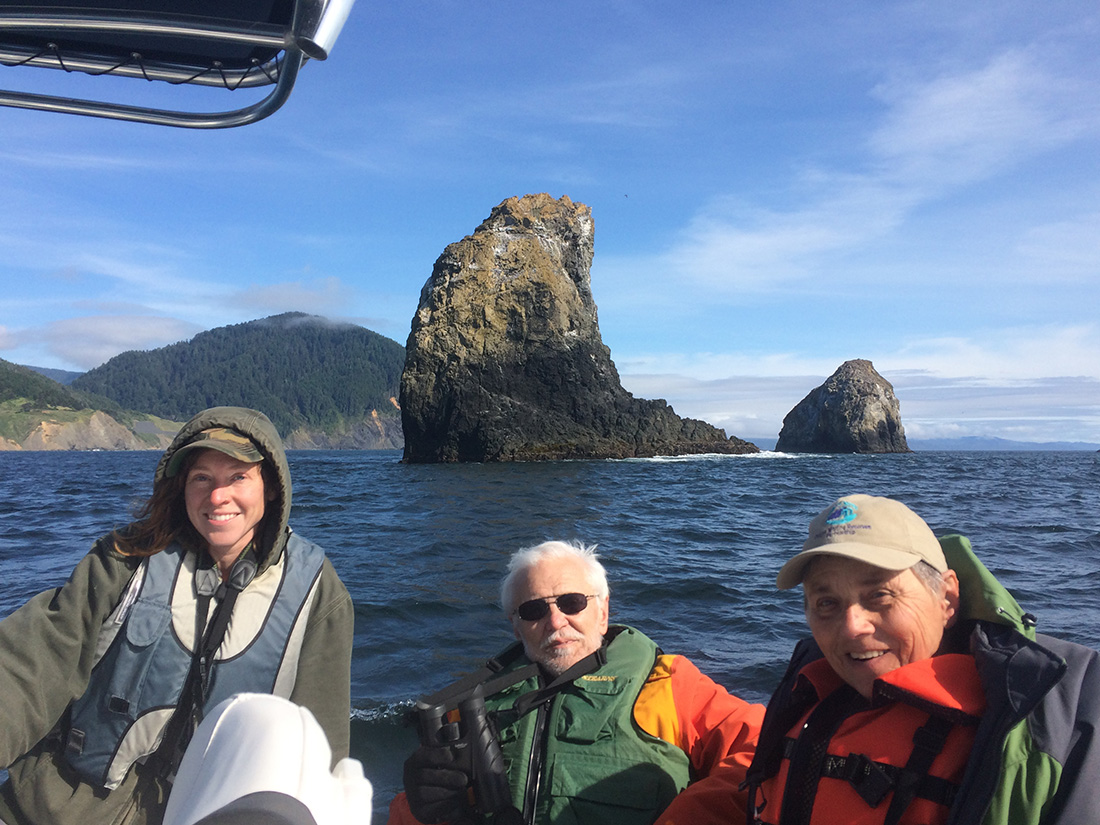