Up until two decades ago very few people had seen the seabed under Oregon’s nearshore waters deeper than what an average SCUBA diver could explore. This productive strip of the ocean bumps up along the shoreline, and extends about three miles out to sea to depths around 200 to 300 feet. This is a high energy environment with crashing waves and strong underwater surge. Ironically, for a state famous for exploration, the deeper portions of Oregon’s nearshore were largely unexplored until the 1990’s. All that began to change with the use of remotely operated vehicles, or ROVs.

Underwater video collected by ODFW’s ROV played a prominent role in the initial discovery and documentation of hypoxia (low oxygen) off the central Oregon coast in 2002. More recently, long term video data collected by the ROV has been used to show the impacts of sea star wasting disease below the surface. The ROV is also one of the core tools used by ODFW to monitor Oregon’s marine reserves.

ROV’s are unoccupied, underwater machines that are remotely controlled from the surface. They allow us to explore the ocean without having to actually be in it. ROVs are equipped with lights and video cameras that record footage and transmit images back to the ship. They are driven with joysticks, similar to what you’d use when playing a video game.

Historically, ROVs were mainly used by the military, industry or in high-priced deep-sea research – they were too large and expensive for state agencies or other institutions with limited budgets. At the time, researchers were limited to SCUBA surveys in the shallows, or expensive submarine surveys in the deep sea. The middle, nearshore zone was missing. But as technology evolved, the price of ROVs dropped and so did their size. West Coast researchers began piloting ROV studies in California, Oregon, and later Washington. 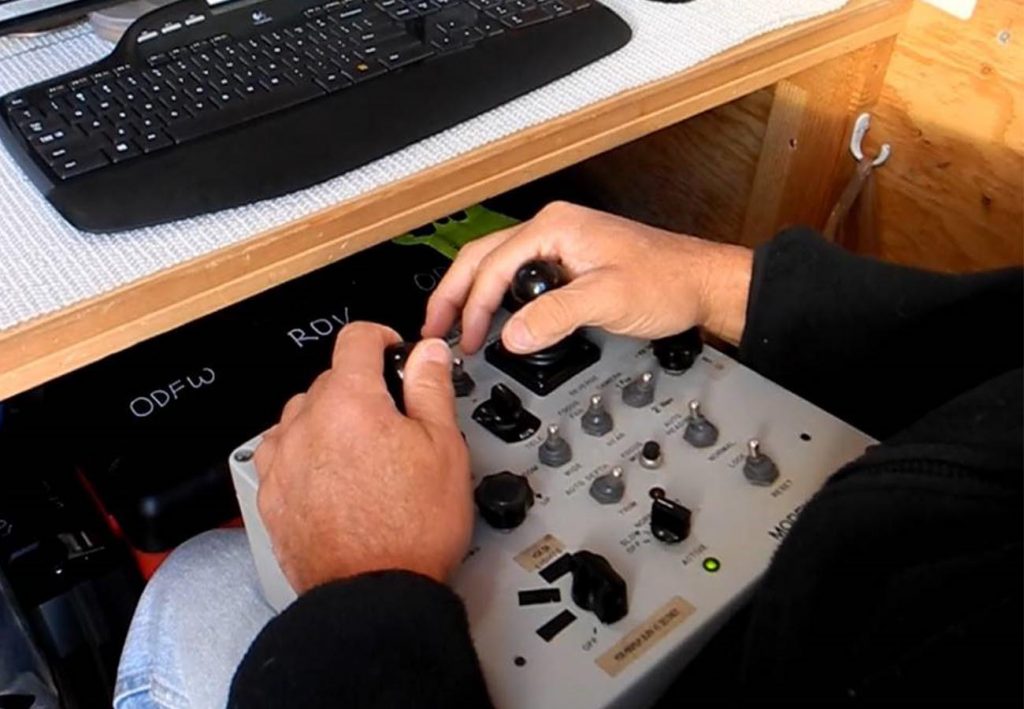 The first few years of ROV survey research focused on adapting survey methods from submarine and SCUBA research so that they could be applied to the ROV. ODFW biologists used equipment and techniques used in industry and other state programs. They used lasers to take measurements and an acoustic tracking system to determine precise ROV locations relative to the ship. They also implemented a display that allowed the boat captain to see where the ROV was with respect to the vessel position and seafloor features during a survey.

One of the big challenges during early ROV use in Oregon was the lack of detailed seafloor maps. Biologists needed these maps to plan what areas to study, and to put their observations into the larger context of the seafloor habitats they were observing. In other words, when studying rockfish researchers need to know where the rock is (since as their name implies, rockfish generally like rocky habitats) and the surrounding underwater topography. Not to mention when driving the ROV, it helps to know where tricky areas are, such as underwater cliff faces. Without a map researchers relied solely on information from fishermen. 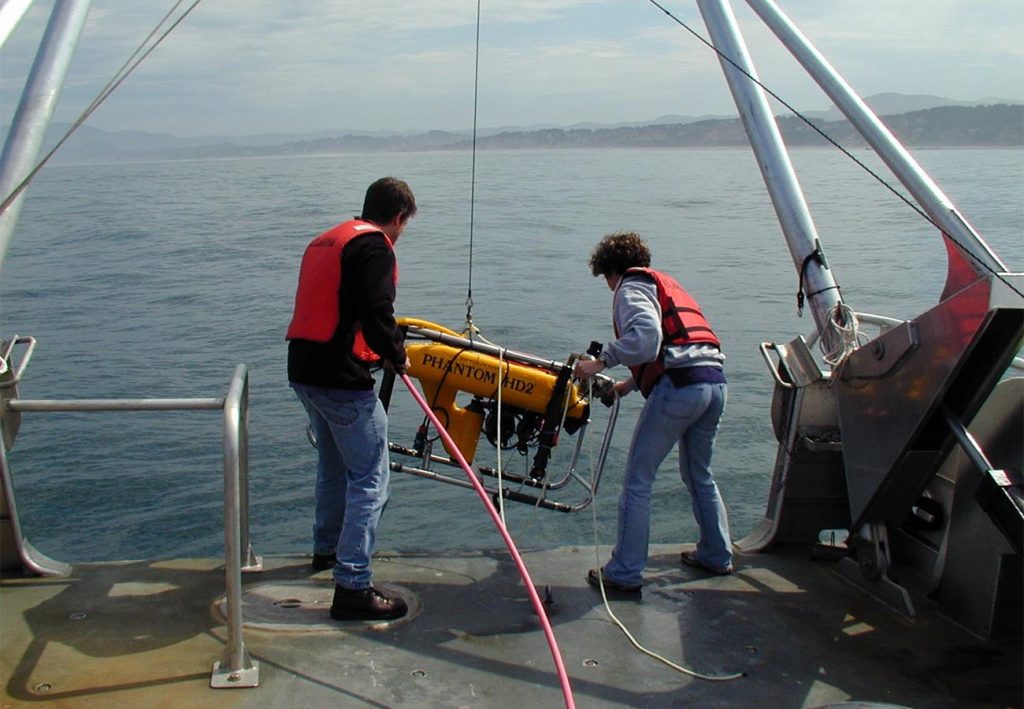 In 1996 Orford Reef (near Redfish Rocks Marine Reserve) became one of the first areas in the nearshore to have a detailed seafloor map. Soon after, ODFW mapped the Cape Perpetua area and then Siletz Reef (off Lincoln City). Each of these reefs are unique and tell a different story about the fish that live there. Orford is a large reef on the south coast located a few miles offshore, Cape Perpetua consists of a series of small rocky patches on a gravel and sand seabed, and Siletz Reef is a large, shallow reef located near shore on the central coast. Ten years later, Oregon State University began a large, highly detailed nearshore habitat mapping effort headed by Dr. Chris Goldfinger. From there, ODFW biologists were able to start making rigorous population estimates of the species that lived in different areas. Today, these techniques are used in marine reserves monitoring, and beyond.

Our Hansen Sea-Cow was not only a living thing but a mean, irritable, contemptible, vengeful, mischievous, hateful living thing

ODFW’s ROV is a Deep Ocean Engineering Phanton HD-2 ROV is affectionately named ‘the Sea Cow’. It was inspired by the outboard motor in John Steinbeck’s book, “The Sea of Cortez.” In the book, the motor caused problems: “Our Hansen Sea-Cow was not only a living thing but a mean, irritable, contemptible, vengeful, mischievous, hateful living thing…[it] loved to ride on the back of the boat, trailing its propeller daintily in the water while we rowed…when attacked with a screwdriver [it] fell apart in simulated death…It loved no one, trusted no one, it had no friends.” This tongue-in-cheek name reflects the fact that such a complicated system seems to have a mind of its own when it comes to the inevitable periodic breakdowns, and also reflects its similarity to an actual large, slow-moving marine mammal, the manatee (which is also called a sea cow). Fortunately for ODW’s trusty ROV, it has a lot of friends and some big highlights (even if it does break down occasionally).

In addition to learning exactly what communities of fish and invertebrates live in each of Oregon’s nearshore habitats, one of the major goals in ROV research in Oregon has been gathering video data on fish abundance that can be used in stock assessments. Stock assessments are used to estimate fish populations and are based on several data streams. ROV video footage has been used to ground truth the assessments. In other words, the video data and the mathematical models are compared to see if both are showing similar numbers of fish. ROV surveys are also one of the core tools being used in Oregon’s marine reserves monitoring.

There have been many changes in ROV technology over the last two decades, including improvements to cameras, stereo vision, and other devices for learning about habitat conditions, such as oxygen sensors. Keeping up with these advances allows ODFW biologists to learn even more about the nearshore environment than ever before, and provides Oregonians and scientists alike a deeper understanding of the ocean in our backyard. Ultimately, this knowledge will help ODFW sustainably manage resources in the nearshore ocean for generations to come.