The Pacific changes color depending on its mood. Sometimes it’s clear and blue, then it changes to murky green or brown. And sometimes, there’s long colored bands in the water, like those seen the last couple of weeks off the central Oregon Coast – particularly between Cascade Head and Cape Perpetua Marine Reserves. A long gradient line dotted with foam separates deep blue water offshore, from cloudy green water nearshore. Welcome to a boundary zone where two ocean water masses are colliding. 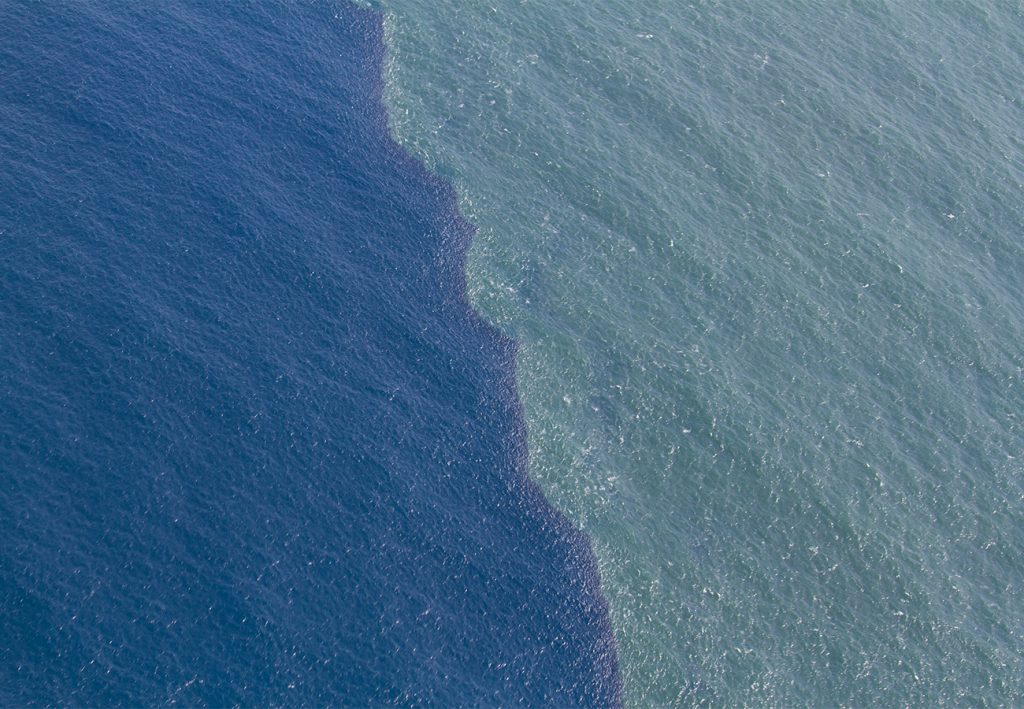 High above the surface of the sea, when air masses with different temperatures collide they create weather patterns, such as a squall line. A similar thing happens in the ocean. When two water masses collide, one telltale sign on the surface is a gradient pattern and color change. Beneath the surface these water masses can act as a sort of underwater ‘wall’ that small, drifting creatures can get pushed up against. Occasionally, they are funneled straight onto shore resulting in a strange looking line of drifters along the beach. 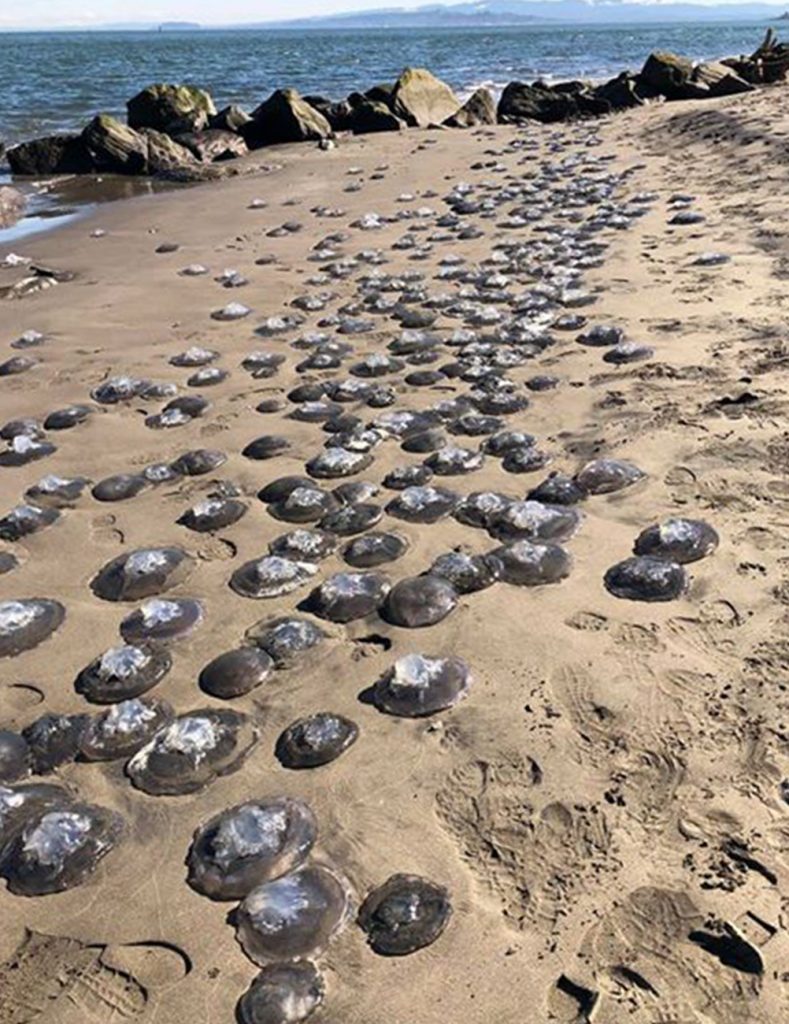 Two different water masses have unique properties that sometimes makes them appear completely different colors. Temperature differences between a cold front and a warm front drive weather patterns. Unlike weather, temperature isn’t the only factor that can make ocean water masses different. It’s a bit more complicated and can be due to a number of things. Salinity, phytoplankton, upwelling, turbidity, wind and waves can all play a role in creating these color gradients.

Unlike a glass of water, the ocean isn’t clear. It’s teaming with life, both large and microscopic. It’s full of suspended sediments that are churned up by the currents, wind, upwelling, wave action or river outlets. Sometimes it’s a combination of these things. Nutrient rich water causes phytoplankton populations to explode, resulting in more murky looking water. Meanwhile, another water mass might appear more clear due to low nutrients and fewer phytoplankton. Ultimately, there are many factors that can cause color gradients in the ocean.

Upwelling is another phenomena that can cause color gradients. Upwelling is a regular occurrence off of Oregon, typically starting in the early spring (around now) and continuing into summer, and sometimes into fall. Upwelling means cold, nutrient rich waters are brought to the surface providing food for marine life. This upwelled water acts as a “fertilizer,” causing a phytoplankton bloom. Phytoplankton are food for zooplankton. And, the benefits start marching up the ecological food chain.