How do you study those animals in the ocean that are often too small to see? You build them high-rise condominiums and let them live for free. This is the approach that the ODFW Marine Reserves Program and our research partners are using to better understand biodiversity and the kinds of small or cryptic invertebrates living on nearshore rocky reefs off the Oregon Coast. This new pilot study will provide the first comprehensive data for Oregon’s nearshore ocean on the diversity of small or cryptic invertebrates. These are one of the least-known groups of organisms found on reefs in both tropical and temperate oceans worldwide. Because so little is known about these organisms, we may find new species or records for Oregon waters. 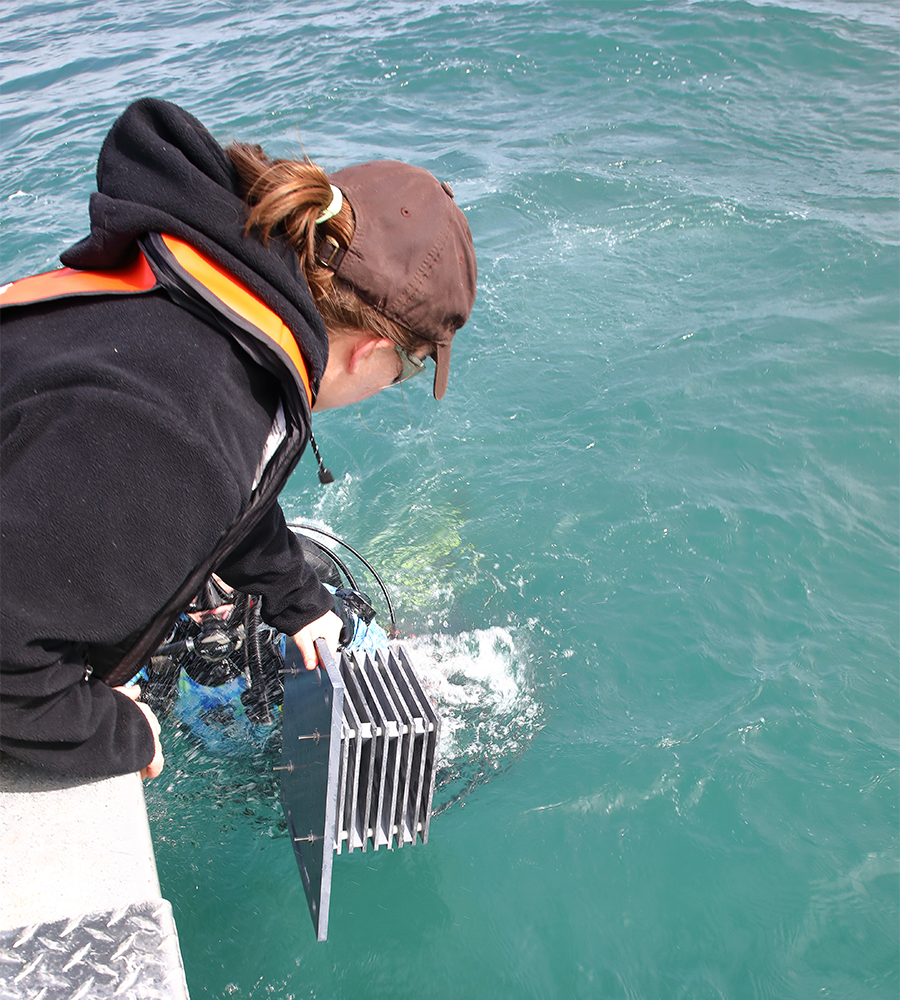 Researchers all around the world – from the Arctic to Antarctica, are setting out Autonomous Reef Monitoring Structures, called ARMS for short, as a standardized way to quantify biodiversity. These invertebrate condos are set out on the ocean floor, consist of 8 PVC plates with different types of spacers between each plate, providing multiple levels for small invertebrates to grow or hide.

In Oregon, ARMS are being placed in four of the marine reserves and their associated comparison areas at Cape Falcon, Cascade Head, Otter Rock and Redfish Rocks (the reef at Cape Perpetua is too deep for SCUBA divers to deploy the ARMs). These condominiums are being installed this spring, and will house small invertebrates that settle onto the plates for up to two years, when the researchers will then return and collect the ARMS units for organism identification and processing.

The real challenge has been figuring out how to successfully install the ARMS underwater, onto the seafloor, in order to survive Oregon’s powerful winter storms. Similar to other ARMS installment operations, we are attaching the ARMS to climbing stakes called pitons. Installing the pitons into the reef requires some serious SCUBA diver elbow grease and a trusty 10 pound industrial sledge hammer, we’ve affectionately named M.C. Sledge Hammer).

When the ARMS are retrieved, species will be documented, identified and then genetic sampling will be conducted. This will be a collaborative effort by the ODFW Marine Reserves Program and researchers at the University of Oregon, Oregon State University, and NOAA Northwest Fisheries Science Center. You can keep tabs on our deployment of the ARMS as they happen by following the ODFW Marine twitter and ODFW Instagram feeds!