Thanks to our volunteer scientific divers, the Marine Reserves SCUBA Survey Team was able to cover a lot of ground this year. The team surveyed 255 transects between the Cape Falcon, Cascade Head, and Otter Rock reserve sites. These underwater surveys collect data on fish, kelp, invertebrates, and habitats in shallow rocky reef areas in depths up to 65 feet. The surveys are conducted both inside the reserve and outside in comparison areas.

The Marine Reserves SCUBA Survey Team is a dedicated group of volunteers from Oregon State University, the Oregon Coast Aquarium, and other local scientific divers. Check out our end-of-year newsletter for some additional details on what we saw this year. 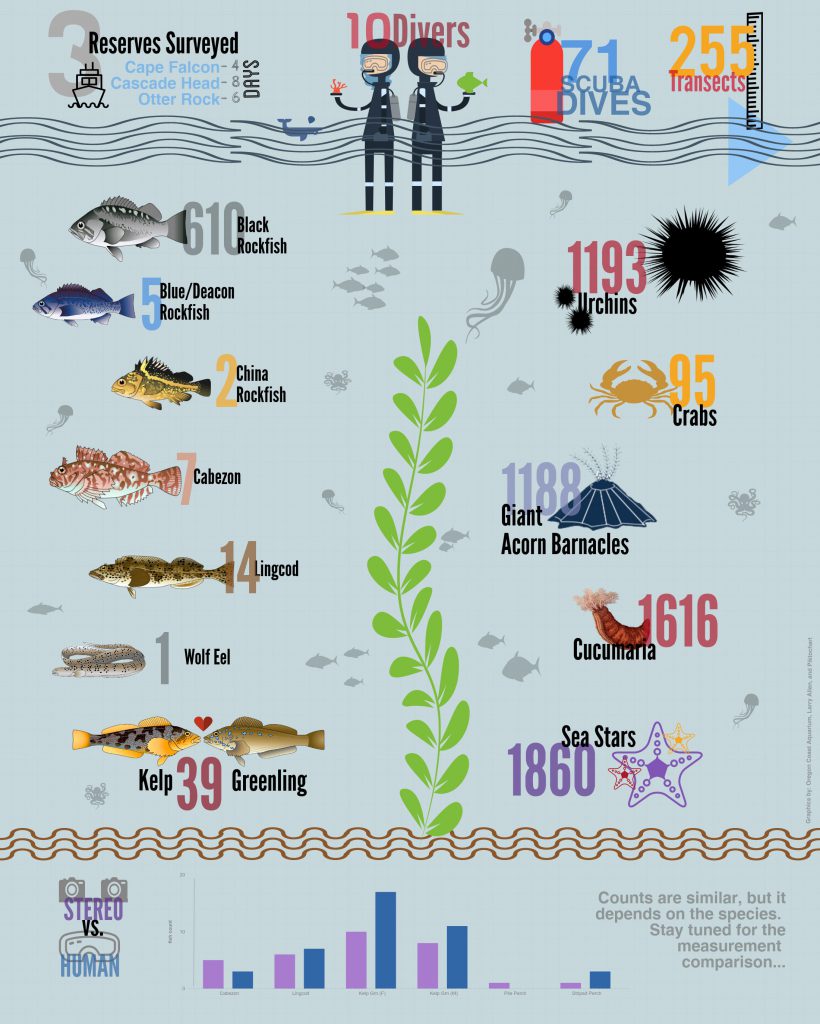