The countdown is on! Week 17 marked the third to last SMURF sampling trip this summer, and it certainly was an eventful one. 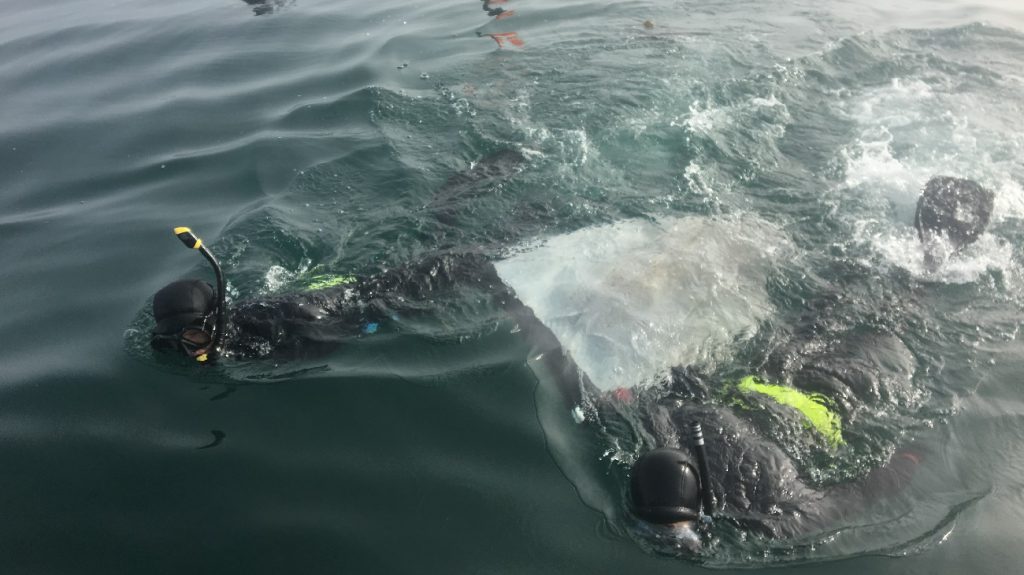 This week’s trip was the first SMURF voyage for Sara, our newest SMURF team member who is an Oregon State graduate student, as well as the last voyage for Madeline and Zach, two of our summer SMURF team interns. So a big welcome to Sara! And to our departing SMURFers, good luck, and thank you for your SMURvice. Rookie and veteran alike were treated to a brilliant display of Oregon’s wildlife. Our research boat, the Shearwater, was escorted out of Yaquina Bay by a couple of curious sea lions. Once it reached the Otter Rock Marine Reserve it was greeted by a group of gray whales! The whales watched over our SMURFers as they took to the water at a couple of the SMURF sites.

The SMURFs themselves held numerous nudibranchs, a collection of caprellids (shell-less crustaceans in the order Amphipoda), and countless young crab! The only thing lacking was a nice pulse of juvenile fish. We collected 1 snailfish, 1 clingfish, and 2 cabezon. At this point it is safe to say that the mid-summer lull is no longer just a mid-summer lull. With only one more sampling trip at each site, we are definitely well into the late-summer now.

Our second to last sampling at Otter Rock provides a good opportunity to look back at this site’s summer SMURF season. So far our collections have yielded a total of 259 fish at Otter Rock. Through 7 years of sampling at this site, this total ranks 4th overall. Last year’s 1,355 fish runs away in first place, while the 46 fish collected in 2011 brings up the rear. This gives some sort of an idea of how 2017 has compared to years past. However, it is important to note that total number of fish is not a perfect measurement of recruitment from year to year. The SMURFs are not always in the water for the same exact length of time. Some years we’ve sampled as early as April, some years we haven’t sampled until June. Additionally, variation in the number of SMURFs in the water from week to week could affect counts. For example, this year at Otter Rock we weren’t able to successfully sample all eight SMURFs until the beginning of June. For the first month of the summer, bad weather meant there were only 5-7 SMURFs in the water at a time. It is important to control for the length of the sampling period and the number of SMURFs in the water when analyzing the data scientifically. 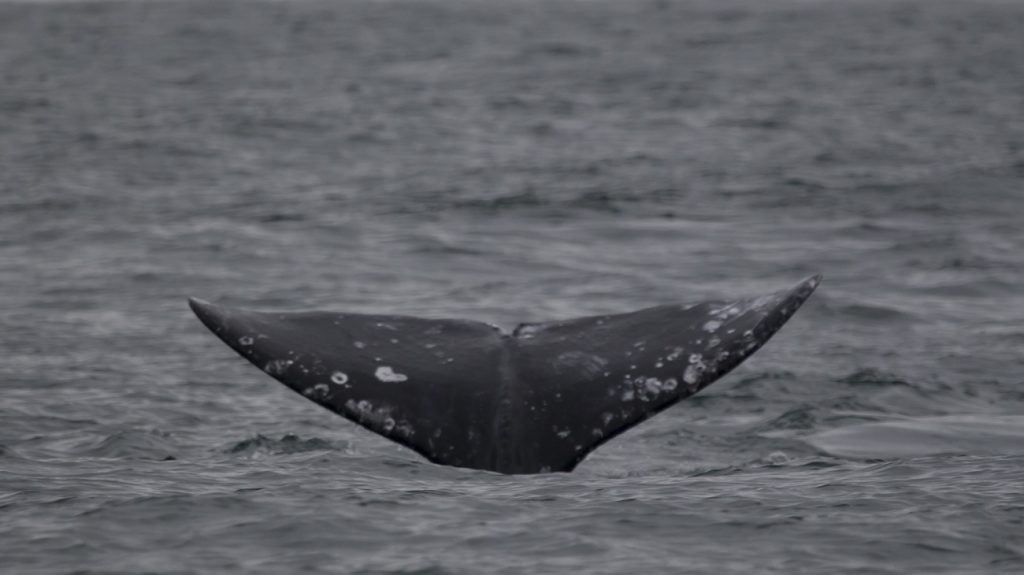 Another issue in relying only on total counts is that this doesn’t reflect differences in recruitment between species from year to year. Certain species settle in greater numbers than others, but the species with the greatest recruitment can vary from year to year. Our most popular species in the SMURFs at Otter Rock so far in 2017 has been the OYTB species grouping (Olive, Yellowtail, and Black Rockfish), with 90 collected. In second is the Clingfish with 75, followed by the Cabezon with 42. OYTBs and Cabezon are often among our most collected species at Otter Rock. However, one species that we are used to seeing in larger numbers is the QGBC species grouping (Quillback, Gopher, Black-and-yellow, China, and Copper Rockfishes). Last year, QGBCs were the most collected species by a landslide. This year, we’ve collected 8. The late-summer QGBC pulse has not yet arrived this summer, and we are waiting to see when and if it will. There are a multitude of possible reasons why we’re seeing this pattern. Perhaps ocean currents took this year’s recruits elsewhere. Perhaps QGBC reproductive timing was later this year. We simply don’t know, yet. However, this is a great example of why the SMURFs are so important! SMURFing in Oregon’s Marine Reserves has provided us with incredible new information about the reproduction and development of juvenile fishes, and when the ocean delivers them to the nearshore. Prior to SMURFing in Oregon, we had no inkling of how complicated and variable the process of recruitment can be in this area. Now as we become aware of this, new questions continuously emerge. As SMURFing continues in the future, we’ll be able to address some of these questions and learn more and more about how juvenile fish are using Oregon’s oceans.

There are only two more weeks of SMURFing this year, which means only two more SMURF blogs! Keep checking in right up until the very end for updates on our last sampling outings!