You may be asking yourself, what does it take to be a SMURFer? On the surface, there’s a team of snorkelers who don their wetsuits, jump into 50-degree water (they’re lucky if it’s that warm) and then collect juvenile fish from the SMURF sampling gear. Sounds simple right? But SMURFing goes a lot deeper than that. Before anyone gets in the water, there is a lot of work that goes on above the surface. Boat crews, scientists, fishermen, students, and interns from several organizations collaborate to make SMURFing possible. So what does it take to be a SMURFer? Above all, it takes cooperation.

Monitoring in Oregon’s marine reserves via SMURFs is part of a larger body of research on juvenile fish recruitment by scientists at Oregon State University (OSU). Professors at OSU advise graduate students in the processing of specimens from SMURFs and analysis of the data. This work is beneficial to the research interests of the professors and students at OSU, as well as to the Marine Reserves team at ODFW, who use the data to understand how juvenile fish are recruiting to the reserves.

All of this brain power is supported by hard work from numerous other entities. Both ODFW and OSU support the education of undergraduate interns and young scientists who gain experience helping out in the field and in the lab. SMURFing at Redfish Rocks is possible because of a partnership between ODFW/OSU scientists and the captain and crew of the Mach-1 — who are commercial urchin divers out of Port Orford — who collect specimens from the SMURFs. At Otter Rock, monitoring occurs with the help of the Oregon Coast Aquarium’s research vessel, Gracie Lynn, and her captain and crew. The team of snorkelers can be made up of graduate students, interns, ODFW team members, and any volunteers brave enough to jump in the water. From start to finish, it’s a team effort. 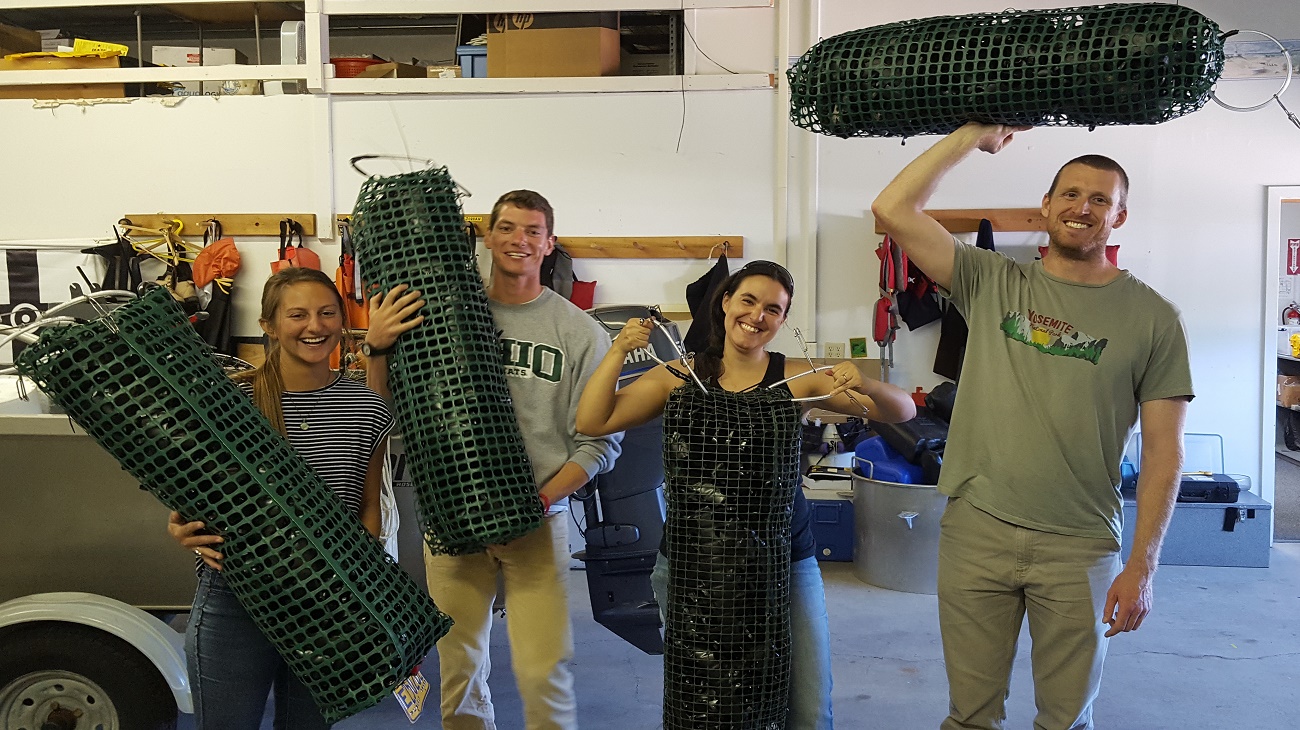 Week 11 of this team effort involved sampling at Otter Rock Marine Reserve by a team of scientists, students, and summer interns onboard the Gracie Lynn. The haul was small this week, as it was last week at Redfish Rocks. In total the SMURFers collected 9 cabezon, 3 OYTB, 2 clingfish, and 1 QGBC. As a reminder, OYTB and QGBC represent groupings of rockfish juveniles which we group together at first because of their similar appearance. Later on, more detailed genetic work will be conducted to identify them to species. 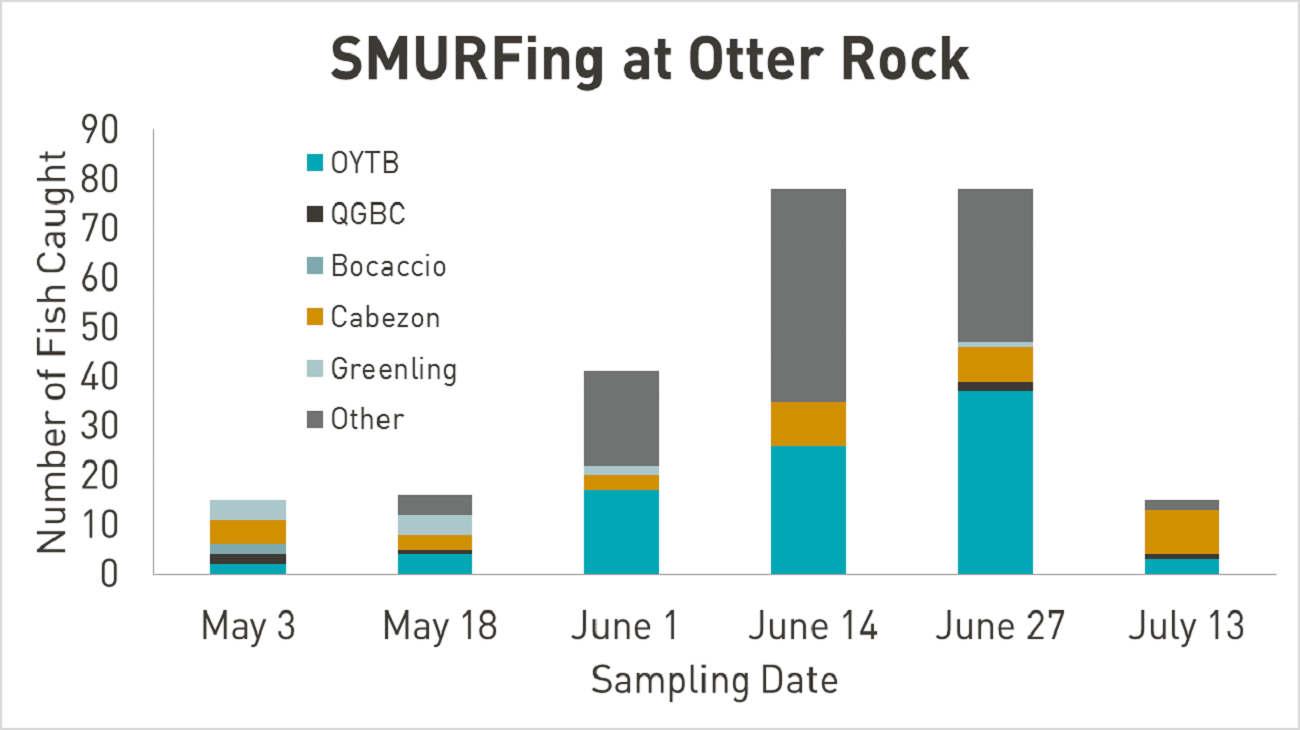 The lower fish numbers over the past few weeks is probably due to recruitment patterns of different species. We commonly see a mid-summer lull in-between the early OYTB recruitment and later QGBC recruitment seasons.

Keep checking back here for weekly updates about what we’re seeing in our SMURF samples and bonus information about what makes SMURfing interesting and valuable for learning about Oregon’s nearshore ocean.

For a more in-depth primer on the SMURF project, check out our leaflet.