There’s More Beneath the Surface

Floating 100 feet above craggy underwater pinnacles, a video camera is dropped overboard into the ocean’s abyss with a splash. Bubbles and whitewash give way to bright blue-green colored water that gradually darkens as the camera sinks. On the ocean floor, fish schools come into focus, giving researchers a glimpse into this underwater world.

Water covers more than 70% of the earth’s surface, yet compared with our knowledge of terrestrial environments oceans are relatively unfamiliar territory. This is why scientists are hard at work trying to unravel the complexities of the ocean, including scientists from the ODFW Marine Reserves Program. Long-term monitoring being conducted at Oregon’s five marine reserve sites is helping us learn more about marine reserve protections and about Oregon’s nearshore ocean. 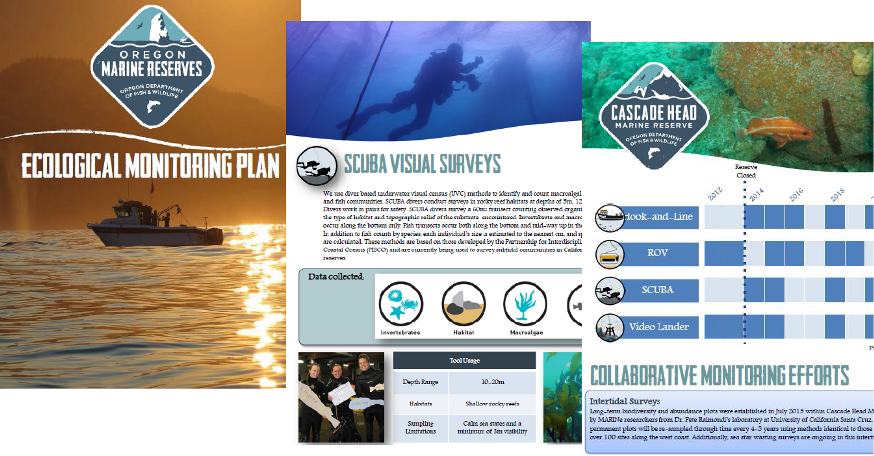 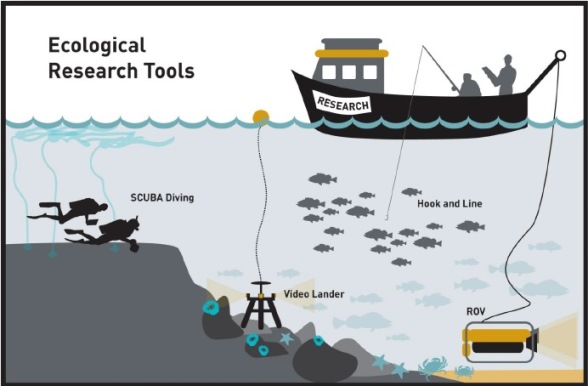 Additionally, it contains individual monitoring plans for each of the five marine reserves to describe what makes each site unique. For example, did you know that the Cape Perpetua Marine Reserve and the surrounding area are the locale of long-term ocean acidification and hypoxia research? Or, that Redfish Rocks Marine Reserve is located just south of a major biogeographic break (Cape Blanco) making it’s ecology particularly unique? The unique features of each site influence which sampling tools and sampling intervals are best used for the long-term monitoring of the marine communities at each site.

We hope you’ll dive into the new Ecological Monitoring Plan, and discover that there’s more beneath the surface.