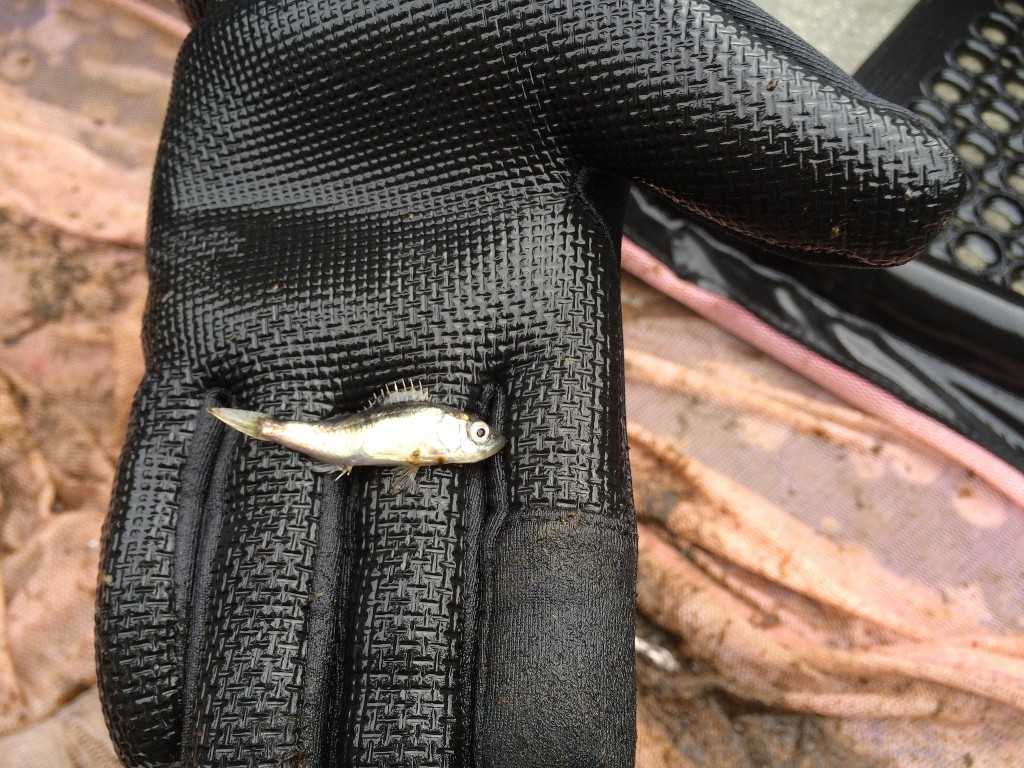 During field work conducted on May 20th at the Redfish Rocks site we collected several hundred baby fish, mainly cabezon, from our SMURF sampling devices. So, what is a SMURF?  We are not talking about the cartoon characters.  Rather, SMURF stands for: Standard Monitoring Units for the Recruitment of Fishes.

SMURFs are mesh sacks with plastic loosely bundled up inside that are then attached, just below the water’s surface, to a mooring that is anchored to the seafloor. Larval fish gather in the SMURF for protection, then we collect the fish that have gathered inside the SMURF. Once the fish have been been collected out of the SMURF, we count and measure the fish inside. These passive devices help us determine what species of fish are present and when they are recruiting (settling) into the nearshore habitat.

In partnership with scientists at Oregon State University and the Oregon Coast Aquarium, our team deployed moorings this month at Otter Rock and Redfish Rocks marine reserve sites. We’ll be collecting samples every two weeks from our SMURFs in order to track the recruitment of larval fishes, until late September.

One of the difficulties in studying recruits is it’s hard to identify one species from another. A juvenile fish can have different colors and body shape compared to its adult counterpart. For example, black rockfish and blue rockfish recruits are virtually identical while the adults have clearer differences in coloration. Think about how tough it is to match people you don’t know to a stack of baby photos from 30 years ago! To identify these recruits, scientists from OSU are focusing on key characteristics on the fins, mouth, and gills of each fish and using genetics to confirm identification when needed.

Thanks to Oregon Coast Aquarium divers, Erin and Doug, for collecting the samples and to Tom for the shoreside help processing these fish at the OSU Port Orford Field station.