Volunteer scientific divers are practicing their survey skills in Otter Rock Marine Reserve this week.  Scientific divers play a integral role in conducting ecological research in Oregon’s Marine Reserves. We use diver based underwater visual census methods to identify and count macroalgal, invertebrate, and fish communities. SCUBA divers survey 60 meter² transects and collect data on the organisms observed, along with habitat types and topographical relief of substrates encountered. Invertebrate and macroalgal surveys occur along the bottom, while fish transects occur both along the bottom and mid-way up in the water column. In addition to fish counts by species, each individual’s size is estimated to the nearest centimeter, and species densities are calculated. These methods are based on those developed by the Partnership for Interdisciplinary Studies of Coastal Oceans (PISCO). 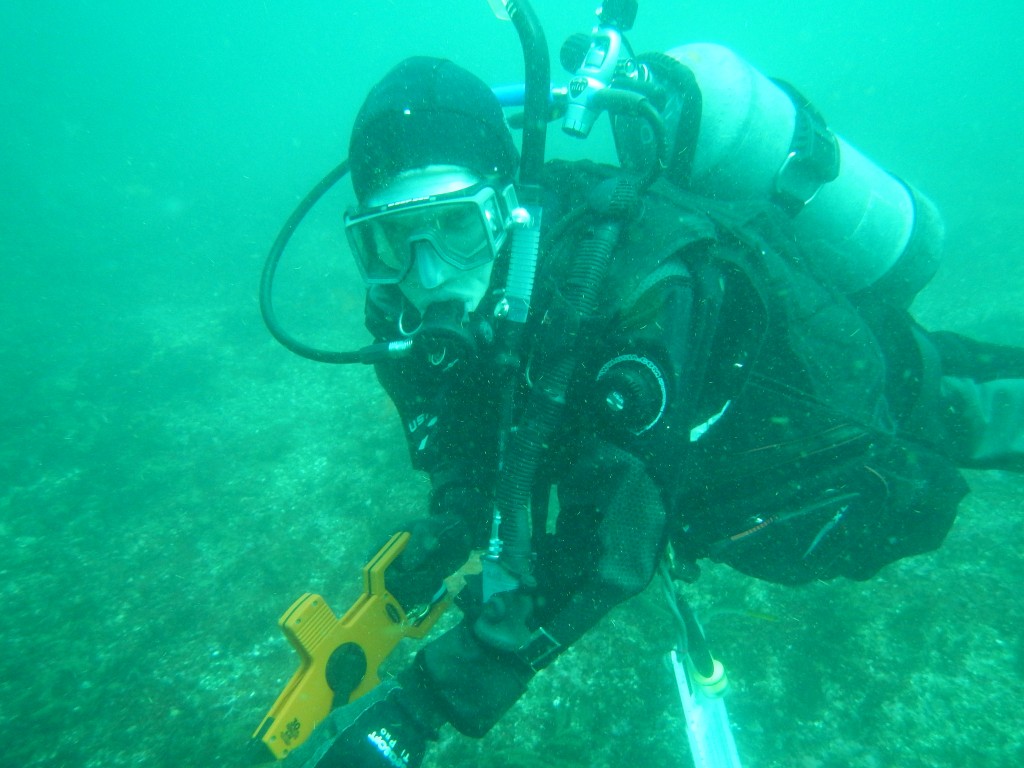 Last month, the divers completed an intensive training and now they are honing their new skills.  Led by trained SCUBA divers from Oregon State University and the Oregon Coast Aquarium, our new crop of scientific divers are an enthusiastic and committed bunch.

We hope to use the calm weather over the coming weeks to continue doing training dives and surveys with the video lander in the Otter Rock Marine Reserve.